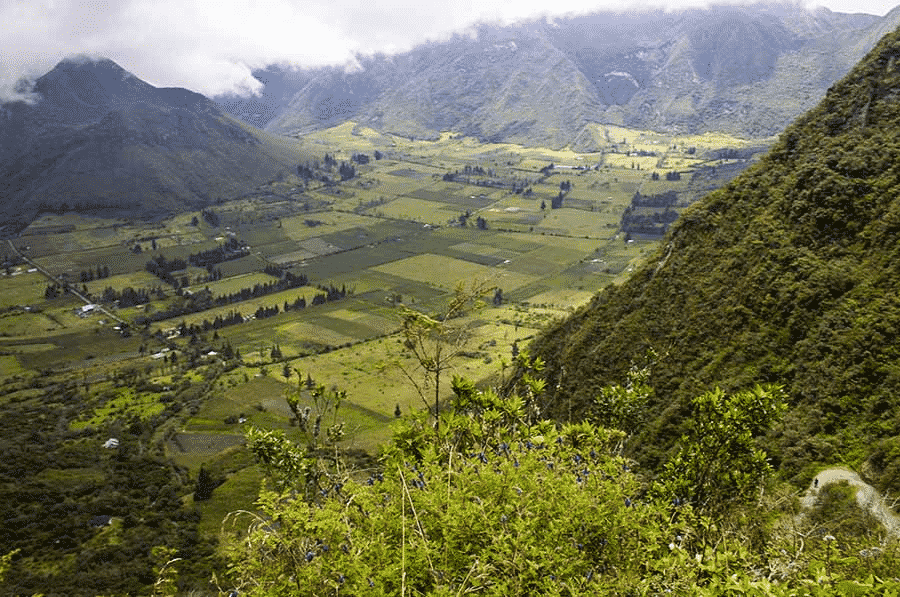 Pululahua which in Kichwa means “Cloud of Water” is a potentially active volcano, and its crater is one of the few inhabited in the world. This volcano is formed by several scattered lava domes. Both the domes and the crater are located in Pululahua Geobotanical Reserve.

The fantastic Pululahua Geobotanical Reserve reaches an area of 3,383 hectares. This Reserve is very famous for its geological condition, and its biological diversity. It is located 17 kilometers north of Quito, and it is very close to the Middle of the World, which houses the famous monument of the Equatorial Line.

One of the main tourist attractions of Pululahua Geobotanical Reserve is the crater and caldera of Pululahua. These are natural formations product of ancient eruptions of Pululahua volcano. The caldera “measures about 4 kilometers in diameter at the top and 3 kilometers at the base. It has the shape of a horseshoe that opens to the north to let out Blanco River, which flows into the Guayllabamba”. Source: National System of Protected Areas of Ecuador – Ministry of the Environment.

In addition, inside the Reserve there are volcanic domes or hills, known as: Pondoña, “El Chivo” and “Pan de Azúcar”. The energy of the earth and the rocks that hides this wonderful destination is awesome! 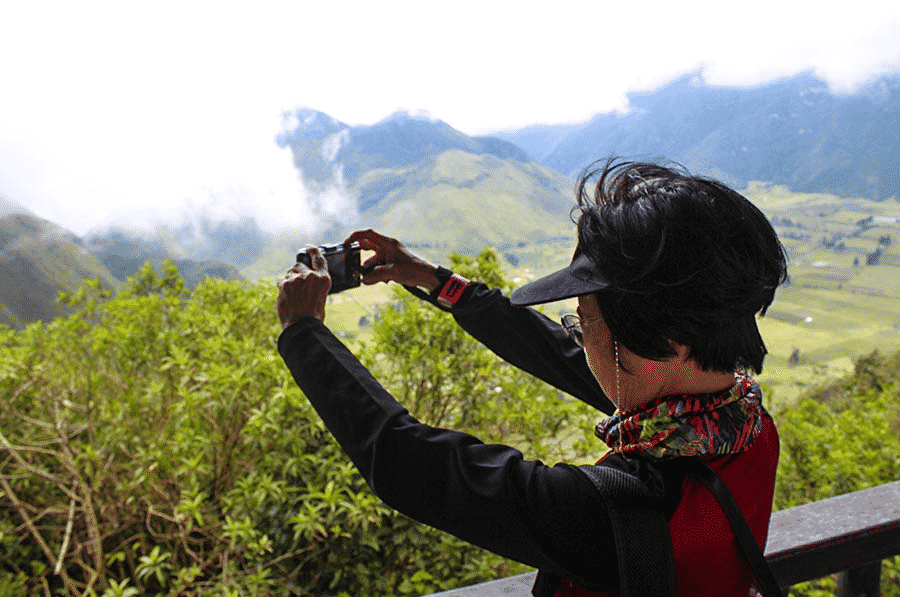 Pululahua is one of the few volcanoes in the world where human beings inhabit inside its crater. Most of the families that live in the crater are dedicated to agriculture, cattle raising, and tourism. The hostels of the area receive national and foreign tourists through the whole year. In the same crater, people can perform activities such as: camping, horseback, hiking, and mountain biking. This is also a perfect place to get acquainted with wildlife. 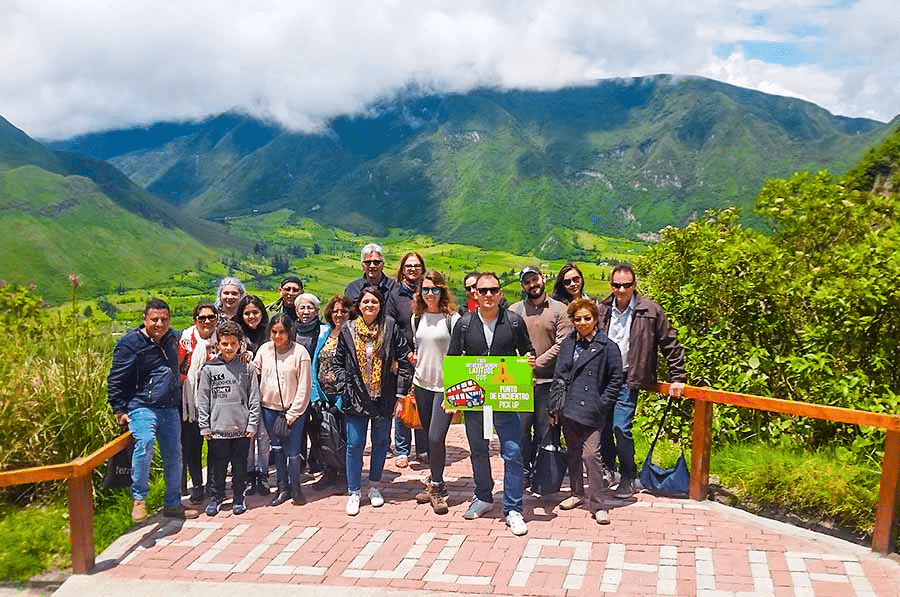 In Pululahua Geobotanical Reserve, there is a trail and recreation area called “Moraspungo”, where you can cross the remains of Andean forest and admire the flora and fauna of the area. At the end of the trail, it is possible to find a picnic area where you can enjoy a magnificent view of the crater.

Do not forget that the landscape of Pululahua Geobotanical Reserve can be seen from Ventanillas Lookout, also known as the Volcano Crater Lookout. It is located in Caspigasi. In addition, in Ventanillas there are handicraft stores, and it is the beginning of the trail known as “Sal si puedes” which means Run if you can. This trail is about 1.8 kilometres. 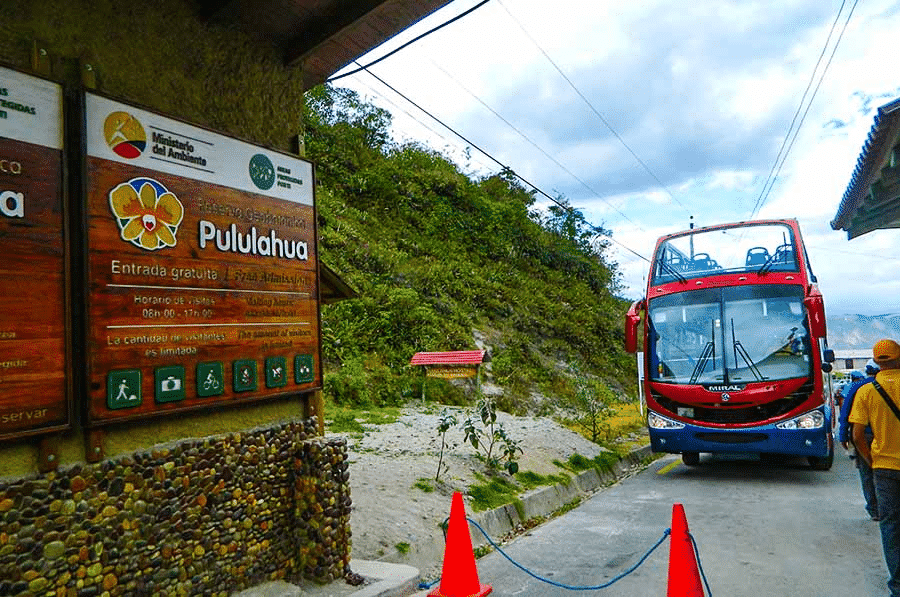 Quito Tour Bus offers you its Equator Line Tour where you can get to know Pululahua Geobotanical Reserve from the Volcano Crater Gazebo, as well as the famous monument of Equatorial Line located within the Middle of the World Tourist Complex. Do not miss the opportunity to enjoy the natural charm of Pululahua Geobotanical Reserve, one of the exceptional protected areas of Ecuador. You can do this aboard the official double-decker bus of the city of Quito. 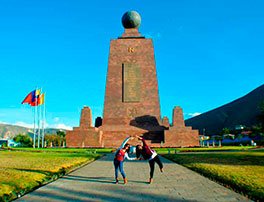 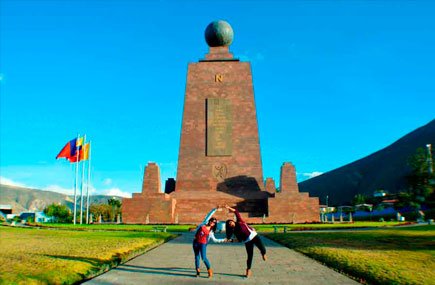 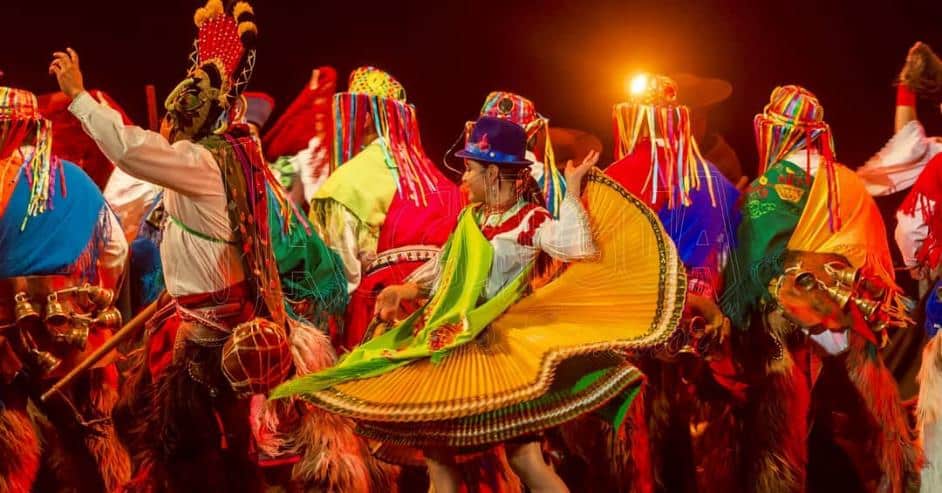 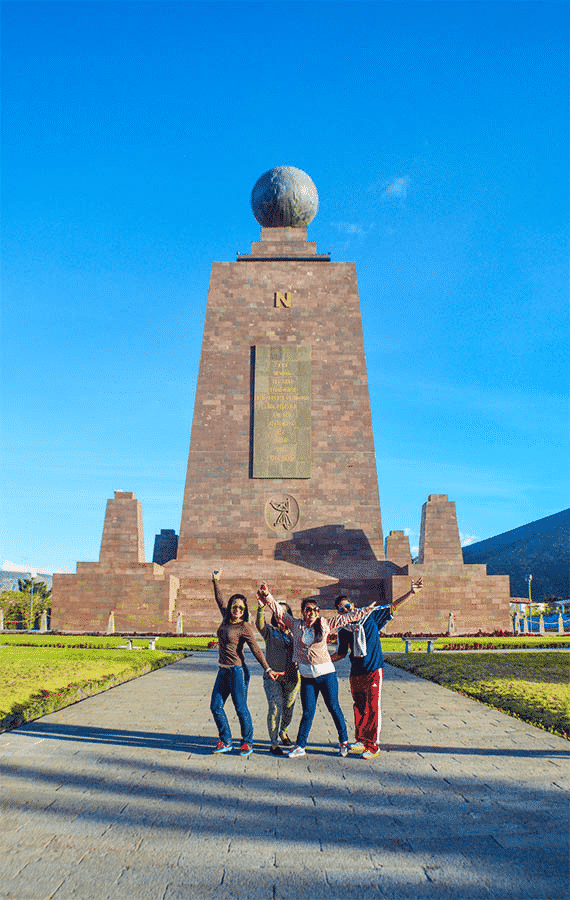 The city of Mitad del Mundo, located north of Quito is home to the famous Monument to the Equator, built

Dowload the Free Guide
-5%
OFF
In all tours! Buying online
GET THE COUPON CODE